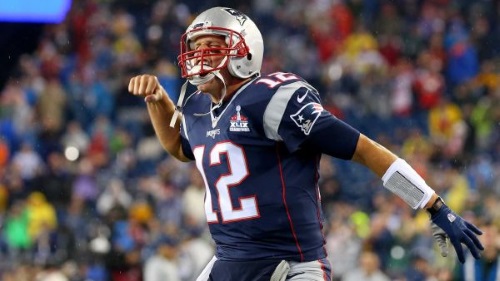 When the New England Patriots fans learned that the 2016 campaign would start with a four-game Tom Brady suspension, pandemonium set in. To be without a top-five all-time quarterback for a quarter of the season was the worst thing that had happened to New England since taxation without representation. Fans predicted a 1-3 start, with anything better than 2-2 considered a miracle.

Well when the Patriots entered week four with a 3-0 record and a chance to have a three game division lead before their lord and savior Tom Brady even sniffed the field, our expectations were through the roof. One week earlier we had seen this same Patriots team dismantle a hapless Houston Texans team 27-0.  The defense was stifling, the offense was balanced, the special teams were special.

But from the start of the game against the Buffalo Bills, you just got the sense that this was different. Rookie KR Cyrus Jones took the opening kickoff from his endzone, hesitated, almost downed the ball at the 1 yard line and eventually snaked his way to the 10, in what would be a microcosm of the game. A lack of focus, a lack of discipline, and a lack of motivation led to the Patriots being shut out at home since Drew Bledsoe’s rookie year in 1993.

While the final score showed a 16-0 defeat, in reality, the margin could have and should have been much larger. Countless missed tackles kept Buffalo’s offense on the field. A lack of pressure kept Tyrod Taylor upright and with all day to throw. A clearly over-matched Logan Ryan led the team in tackles, only because every pass that went his direction was completed.

At one point, the game was so out of hand that the usually reserved Bill Belichick tossed a sideline tablet aside in disgust.  After the game Belichick emphasized that they didn’t play well in any aspect of the game. Perhaps the swagger of entering the game 3-0 led to the lack of focus. Perhaps it was because they were looking forward to next week when Brady’s suspension officially ends. Whatever the reason, it was an embarrassing loss for a franchise that is usually on the winning side of a lopsided box score.

But for many Pats fans, the regular season is just now beginning – never mind that it’s only a 12 game season for some reason this year.  Our optimism is at an all time high, and we are all expecting Brady to pummel the Cleveland Browns (currently at 0-4) in a personal tune-up game, akin to a DI powerhouse hosting the South Rhode Island State Calligraphers in week one of the college season. It may be October, but the skies have never seemed brighter in New England. Brady is back – the season starts now.