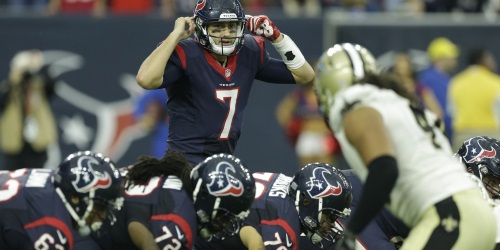 Currently there are 13 teams in the NFL with records of either 5-6 or 6-5; realistically, you could say that 10 of these teams have a shot at making the playoffs and two of these teams are going to win their division… Remind me exactly how this is good for the NFL?

Franchises mired in despair are going to have a hard time attracting fans – nobody wants to spend their Sunday afternoon watching their team lose, let alone shell out hundreds of dollars to see it in person. The NFL’s attempt at creating parity among teams was supposed to mean that no one team could dominate for an extended stretch, and inversely, no one team could really be too bad for very long (the Cleveland Browns appear to be the exception). So while nearly half the league is hovering around a .500 record and fans across the country are believing that their team has a chance at the playoffs, is this really creating a more exciting league?

The Buffalo Bills haven’t made the playoffs since 1999, back when people were stocking their shelves in anticipation of Y2K. They have a legitimate shot to make it this year, but what exactly does that mean? Can you sit there and tell me that the Buffalo Bills are any closer to winning a Super Bowl than they were last year? What about the Houston Texans – they could legitimately win the AFC South, but does anyone have them going on a deep playoff run? At 5-6, the Washington Redskins are in the drivers’ seat for the NFC East…ok. The Chicago Bears have an outside chance at grabbing a Wildcard spot in the NFC – who cares?

It would appear that while the NFL has done a good job of creating a wide open field for a playoff race, they have still missed the mark (and by a wide margin) on creating a league with legitimate title contenders.