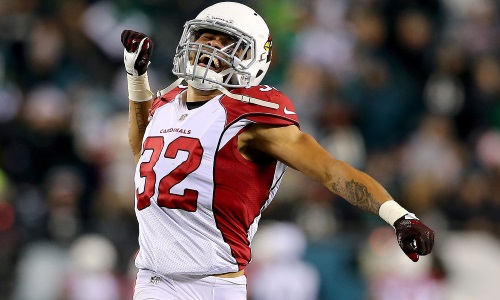 With six weeks in the books the 2016 NFL season is already beginning to take shape. We have seen some power house teams emerge and others wither under the pressure. Week 7 begins with a good matchup on Thursday night between the Bears and the Packers, and this week features some prime time matchups. Take a look at the power rankings going into this week to see which times might rise and which teams might fall. This week’s game of the week features the Arizona Cardinals who are up against the Seattle Seahawks. I am anxious to get on with predictions, I am hopeful to keep this winning predictions record alive this week. Here are the picks for week 7 in the NFL.

GAME OF THE WEEK

Preview: This is set to be a classic in Arizona between division rivals. The Cardinals are finally back at .500 this season putting together two impressive wins the past couple of weeks. The Seahawks have been impressive this season minus the debacle in Los Angeles, going 4-1 with Russel Wilson playing like a early season MVP candidate. Both teams are beginning to hit their mid-season stride coming into this matchup. Look for it to be a close game in Arizona. The Seahawks have the slight edge in this game with their offense and defense both hitting on all cylinders, playing with consistency throughout this season. Arizona will not go quietly however with David Johnson playing the way he is. This game will go down to the wire with the Seahawks coming out on top.

Preview: Both teams suffered devastating losses last week, with the Packers getting killed by the Cowboys, and the Bears losing a close one to the Jaguars. Look for Rodgers to start to get in a grove this week against a vulnerable Bears defense. They need to get the ground game going, but also need Rodgers to be more accurate if they want to win close games. Fortunately for them, this one should not be close as the Packers look to be heavy favorites at home. This Packers secondary is vulnerable because of injuries, so look for Hoyer to post some solid numbers this week continuing his solid play as of late.

Preview: Another close call comes this week in the form of a matchup between two NFC middle ground teams in the Giants and Rams. I do not think I have been able to call one Rams game correctly this season as they have been on a rollercoaster ride playing very well, and then very poorly. OBJ (who seems to always be mentioned in my posts) has been playing well, going for 222 yards last week and a couple scores. The Giants need to get the ball to their star receiver to have a chance in this one. You never know what defense you are going  to get for the Rams, so if their defense shows up, they have a chance, if not, expect a blowout for the Giants. Either way, I see this game going in favor of New York.

Preview: The Bengals finally get a break this week as they have the Browns coming to town in a divisional matchup. A great bounce-back game potentially for the Bengals, who need desperately to get some type of momentum going for this season. It might be a little too late for these Bengals as they are now sitting at 2-4, but if they can grab a couple of wins and mount a comeback, they are outside contenders for the last wild-card spot. The Browns can’t seem to put a complete game together, but do you blame them? They have little talent on both sides of the ball, with a quarterback-turned-receiver leading the charge for them on offense. Expect another loss here for the Browns and a big performance from this Bengals offense.

Preview: A close one to call this week between Detroit and Washington as these two NFC teams face off. The Redskins are surging and playing some of the best football in the NFL. They live and die by the arm of Cousins, luckily for them this game has potential for him to really get going as the Lions have been poor defending the pass. Expect the Redskins defense to shut down this Lions offense in route to a win for Washinton. Look out for Stafford (who has been up and down this season) to play his team into this game.

Preview: A game between two very talented offenses should be a classic in Jacksonville as the Raiders come to town to face off against the Jaguars. The Raiders got a wakeup call last week as the Chiefs dominated them on both sides of the ball in a key divisional win. The Jaguars snuck out of Chicago with a win last week behind a late comeback by Bortles and company. Both teams have very talented young players who can make a huge difference in this game. Look for the Raiders to get things going again this week and take care of this inexperienced Jaguars defense. The Raiders will get back on track this week and continue to push the Broncos in that competitive division.

Preview: The Saints come to town riding a two game winning streak to take on the Chiefs at Arrowhead stadium. Both teams are searching for consistency this season as they have looked good at certain moments and then bad at others. The Chiefs are beginning to gel on offense where they have struggled this season without Jamaal Charles, and now with him back for a couple of weeks, they look to be much improved. Drew Brees has not looked his age at all this year as he has blown by defenses through the air leading his team to two straight victories. Look for the Chiefs to have the edge in this game as they have the better defense and are at home in this contest. Charles will be looking to post good numbers this week as the Saints have struggled to defend teams on the ground this year.

Preview: The Dolphins were able to take advantage of a rare poor performance from Ben Roethlisberger and the Steelers last week at home. This week they take on a surging Bills team that is looking like a strong contender out of the AFC North. I am willing to bet that last week was a complete fluke and that the Bills will easily dispatch the Dolphins in this game in Miami. Look for the Bills to continue their fine run of form.

Preview: The Ravens come to New York City to take on the Jets in a crucial matchup of AFC  teams. The Jets have been horrible this year, and thus have handed the reigns of the offense over to Geno Smith for the remainder of the season. The Jets will have a new look this week as they prepare for the Ravens, but I am willing to bet that the results will not be any different as the Ravens will take care of this low performing Jets team. Smith will put up a fight in his first start since 2015, but the Ravens defense will be too much in this game.

Preview: The Vikings go to Philadelphia to take on the Eagles in a close NFC matchup between emerging teams. The Vikings are the lone undefeated team in the NFL at this point in week 7, and they have gotten through the more difficult portion their schedule and look to only improve from this point on. This week they face a solid, yet young Eagles team in search of identity in the NFC East. Are the Eagles the contender’s people were saying they were after the first three weeks? Or are they pretenders? This game will be a good indication of whether or not the Eagles are the real deal. I think this one goes easily in the Vikings favor as Wentz will be tested by a very strong defense.

Preview: The Colts and the Titans face off in a divisional matchup between teams trying to catch up to the strong start of the Texans. The Colts, led by Andrew Luck have struggled to close out games this year, as well as protect their franchise quarterback. On the other side, the Titans have looked much improved, and have a run game that rivals the best in the league. Look for a close game in this one, but I believe that the strong play of Mariota coupled with DeMarco Murray dominating on the ground, the Titans will win this game at home.

Preview: The Falcons and Chargers play this week in Atlanta, in a game between two good offenses, it should be a very exciting game to watch. The Falcons post the best offensive unit in the league right now behind the arm of Ryan and the receiving of Jones. The Falcons lost a close one in Seattle last week and look to bounce back and trounce the Chargers. The Chargers have the ability to beat any team in the league, but I am willing to guess that this week they will return to their mistake prone ways and fumble away this game to the Falcons. Expect some big fantasy numbers in this game.

Preview: An interesting NFC matchup between the 49ers and the Buccaneers as both teams have struggled greatly this season so far. The Buccaneers have all the young talent to win games both now and in the future, but cannot seem to put things together. While the 49ers have had a huge talent vacuum come out of San Fran in the past few years since their Super Bowl Run. I have to give the edge in this one to the Buccaneers because they just have more talent, and I believe the bye week did them good to prepare for this week’s game.

Preview:  A game that many had pegged as one of the great mid-season matchups in 2016, but with an injury to Big Ben in Pittsburgh, the Patriots look the heavy favorites in this one. Tom Brady has been on a tear ever since his return to action a couple weeks ago, and this week he does not look to be slowed down in this game. The Steelers have been on a roller coaster ride so far this season, looking like Super Bowl favorites one week, then looking like a winless team the next. They must find some stability in order to make a true run this season and compete with the best in the league. This week is a true test of their depth as they face off against the strong Patriots.

Preview: Osweiller comes back to Denver this week in a homecoming  game for the quarterback who left in free agency after he was replaced by Manning in the playoffs last season. This looks to be a grudge match between these two teams. The Broncos desperately need to bounce back this week after two straight losses, while the Texans need a win against a contender to show that they belong in the leagues upper echelon. The Broncos will bounce back this week at home and dominate this Texans team with their strong defense. Osweiller will struggle in this game.