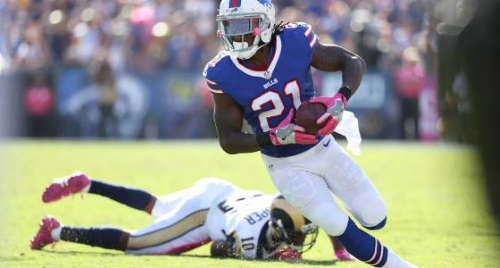 AFC Offensive Player of the Week:

Tom Brady of the New England Patriots passed for 406 yards in the victory over the Cleveland Browns. Brady, in his first game back from a four-game suspension, completed 28 of 40 passes including three touchdowns and no interceptions. This is Brady’s 26th player of the week honor.

AFC Defensive Player of the Week:

Adam Vinatieri of the Indianapolis Colts hit all five of his field goal attempts in the win over the Chicago Bears. Vinatieri hit two field goals from 50+ last week, and has yet to miss a field goal on the season, going 13/13. He has also not missed an extra point yet this year, going 12/12.

NFC Offensive Player of the Week:

David Johnson of the Arizona Cardinals rushed for 157 yards in the victory over the San Francisco 49ers. Johnson carried the ball 27 times and found the endzone twice. He also caught three passes for 28 yards. On the season Johnson has nearly eclipsed 500 yards in five games.

NFC Defensive Player of the Week: