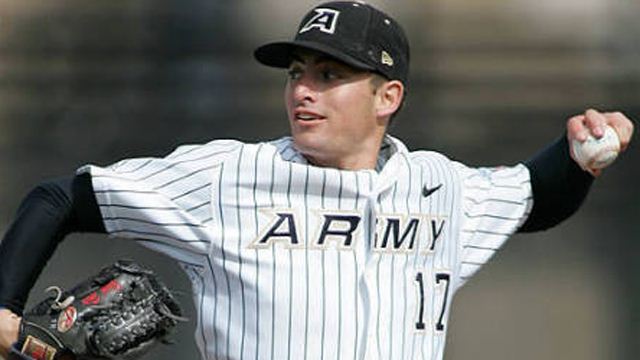 Welcome to this week’s edition of Spikes Up where we will cover:

Cadets at the United States Military Academy are always looking for ways to stand out.  Well when you throw just the fourth no-hitter in West Point history and the first in 55 years, you tend to make quite a name for yourself on campus.  Logan Lee pitched 6 innings of perfection, but eventually settled for the no-hitter instead in the opener of their double header with Bucknell.  Army went on to win the nightcap, and clinch the 2012 Patriot League title as well.  It is interesting to note, however, that if teams are playing a double header, they are only required to play seven inning games (although the NCAA pushes them to play a full nine).  Lee’s no-hitter took place in one of the seven-inning games, hence the asterisk.

The 18 consecutive conference wins for the Baylor Bears are just a segment of their overall 24 game winning streak (since snapped on Tuesday April 24th), but 18 is all they needed to set the Big 12 conference record.  The record for #13 ranked Baylor didn’t come cheap either, as it took a sweep of #4 ranked Texas A&M (as well as a rally from a four run deficit) to reach the mark.  Their mark of 24 wins in a row, regardless of opponent is also a Big 12 record.  As the regular season wraps up and the regionals approach, it is a great time for Baylor to be playing some of their best baseball.