You, the readers begged for it. I got hundreds of emails in response to my post about Dallas Braden’s Perfect Game and how I believed that attaining baseball immortality was all “luck.” You demanded that I take back what I said, now that one of the best pitchers in the league had just thrown a perfect game. Well, now that I’ve had time to sift through the responses and ponder each and every one of them, I have just one thing to say: “I stand by it.” Yeah, that’s right. I don’t take back a single word of what I wrote. Throwing a perfect game still depends on too many external factors, no matter how great of a pitcher you are. 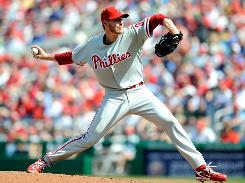 A no hitter is a bit easier to throw, relatively speaking. You can have a couple walks, maybe an error or two behind you (and believe me, errors are unbelievably common, even at the Major League Level). All of this will still allow the pitcher to have his no hitter, but deep down, a perfect game transcends the pitcher himself. It is a team accomplishment. You might ask “Well, what if the pitcher strikes out 27 in a row on his way to perfection?” Great! But someone still had to catch the ball after the 3rd strike. If the catcher drops strike three and the batter makes it to first, there goes your perfect game! 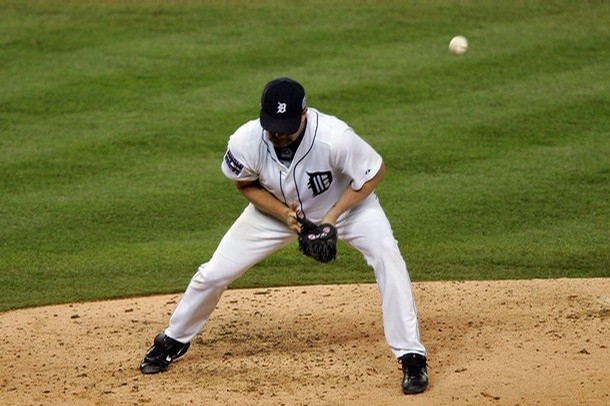 Now don’t get me wrong, I’m not trying to take anything away from Braden or Halladay. They pitched masterpieces and there is some definite skill involved in making every one of the 27 outs feasible and easy to handle for the 8 guys backing you up. But lets stop giving credit only to the pitcher in these circumstances. Even the pitchers seem to recognize that they couldn’t have done it alone. Randy Johnson and Mark Buehrle bought each member of the team watches and jewelry to thank them for their support in helping them achieve immortality.

As a final point to wrap up my stance on the issue, let me pose this question? Can you really say that Roy Halladay is a better pitcher as a Phillie than he was as a Blue Jay? Or did he just have a better supporting cast playing defense behind him to make his road to perfection just a bit more attainable. So maybe it’s not all luck, maybe it has a lot to do with skill, but not the skill of the pitcher – the skill of the defense.

I’ll be eagerly standing by my inbox for your replies.